According to a legend, the island of Atlantis sank into the sea while, on the contrary, paleontology and geology studies indicate that Monte San Giorgio, a splendid green pyramid straddling the Italian-Swiss border and more precisely between Mendrisiotto and Varesotto, emerged from the waters of that lagoon in the sea of the Tethys. A place that tells the story of a sea whose memories are handed down to us from the fossil finds recovered and now on display at the fossil museum of Monte San Giorgio in Meride. A treasure that has been included in the list of World Heritage Sites by UNESCO, the world organization that, among other things, attaches value to the most important and unique things that exist on our planet. 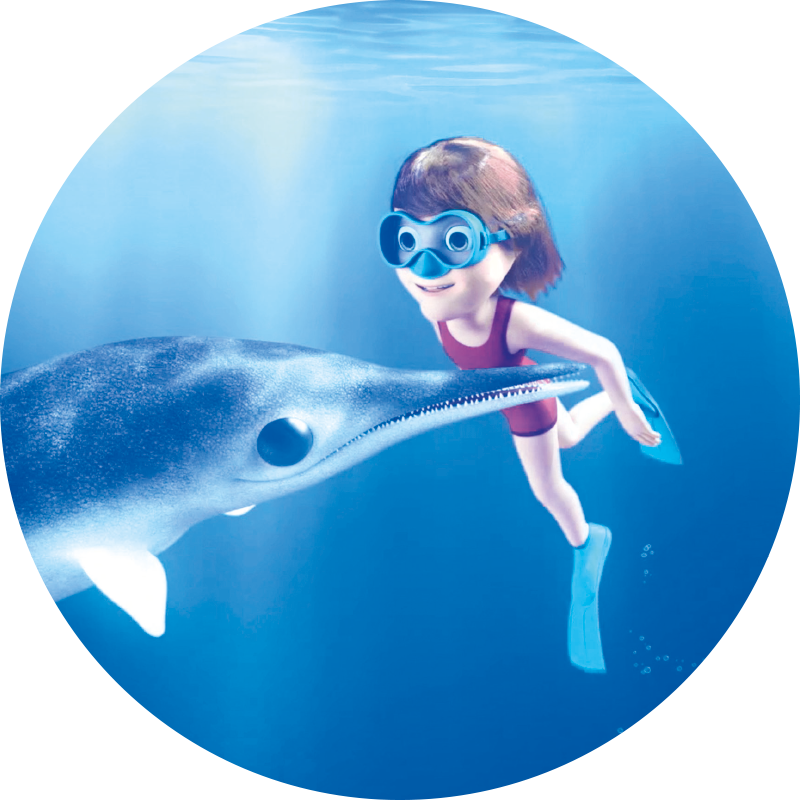 Immerse yourself in the Triassic sea of Monte San Giorgio 240 million years ago and admire with your own eyes the animals and the environment of that time. Thanks to the new attractions in Virtual and Augmented Reality (VR/AR), developed in collaboration with the SUPSI professional university, in the TRIASSIC PARK immersive room equipped with the latest generation Oculus viewers and at the TRIASSIUM AQUARIUM a fantasy world that has long since disappeared awaits you.